On Thursday, 26 January, you are invited to attend the honorary doctoral lectures at the Disciplinary Domaine of Medicine and Pharmacy. Our honorary doctors are among the best in their fields. Welcome!

When: Thursday 26 January. Seats should be taken at 13.00 but the programme starts at 13.15.
Where: Lecture Hall IX, University Main Building
Övrigt:

The honorary doctorate lectures in the event calendar

Honorary doctors at the Faculty of Medicine 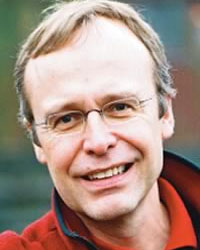 Michel Georges is Professor of Genetics at the University of Liège in Belgium and director of GIGA-R, a centre of excellence for medical and veterinary research. He has made a number of breakthroughs in the field of genetics, often using domestic animals as models for mapping how genetic mutations in cattle, dogs, sheep and pigs affect important physiological characteristics, such as muscle mass and milk composition, as well as several monogenic diseases. Georges has also conducted successful human genetic research aimed at mapping genetic risk factors for Crohn’s disease, cardiovascular disease and cystic fibrosis. He has been collaborating to excellent effect with researchers at Uppsala University for many years. 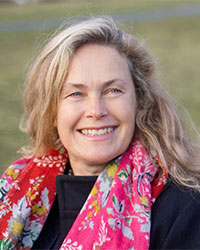 “The Early Life and Preconception Origins of Adult Asthma and COPD”

Cecilie Svanes is Professor at the Institutt for global helse og samfunnsmedisin, Senter for internasjonal helse at the University of Bergen in Norway. Svanes’ research area is asthma, allergies and chronic obstructive pulmonary disease (COPD). She has done pioneering work on the pre-conceptional environment and the role of the childhood environment on respiratory health in adulthood. 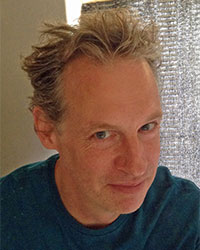 “The Patient Doctor and the Doctoring Patient”

Alexander Masters is an author and freelance journalist based in the United Kingdom. His committed journalism has been crucial to establishing a unique clinical trial for patients with severe cancers at Uppsala University Hospital. After writing an article in the Telegraph newspaper about promising research into a new virus treatment for cancer developed at Uppsala University, and the lack of funding for clinical trials, Masters initiated a crowdfunding campaign that collected around SEK 14 million for the purpose. The ethics of using crowdfunding to sponsor clinical studies is a new and important issue that Masters has highlighted in lectures and scientific journals.

Honorary doctors at the Faculty of Pharmacy 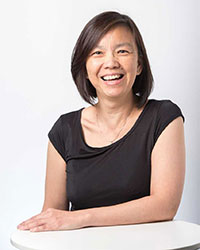 “The Enigma that is IRAP, Is it an Enzyme, a Receptor or a Trafficking Molecule?”

Siew Chai is an associate professor and researcher at the Biomedicine Discovery Institute at Monash University in Australia. She did groundbreaking work early in her career by identifying the macromolecular target for the endogenous cognition enhancer angiotensin IV. This newly acquired knowledge opened the door to a new type of drug with potential applications in the treatment of dementia diseases such as Alzheimer’s. In addition to an extensive list of publications, Chai also holds a number of patents. For the last decade, Chai’s research group has been collaborating extensively with researchers at Uppsala University. 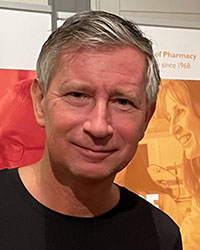 During the COVID-19 pandemic, Richard Bergström was Sweden’s national vaccine coordinator. He lives in Switzerland. Occupying an important and highly visible role during the pandemic, he proved to be highly effective and clear in his communication. A graduate of the Master of Science Programme in Pharmacy at Uppsala University, Bergström has since amassed broad international experience in the pharmaceuticals sector, working for both public authorities and major drug companies and lobbying organisations. He has maintained close contact with Uppsala University throughout his career, especially with the Faculty of Pharmacy and its student union.